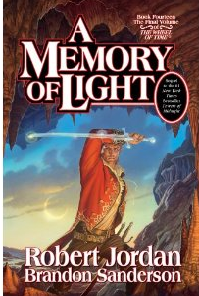 So the Star Wars franchise will return for a “final” three films? If the producer can capture the magic of the original Star Wars, go for it! And if films 7-8-9 are going to be more like 1-2-3, well: I’d rather flush $10 away and hit myself with a blunt object than go to the theater for something like The Phantom Menace.

If you’ve heard of “Moonlight Graham,” it’s probably only in his existence as a fictional character — a journeyman baseball player whose career brought him to the Major Leagues for only half an inning. He came close to baseball glory, but ended up going to medical school and becoming a pillar of his community as a doctor who saved and enriched many lives. “Moonlight” appears in the classic film Field of Dreams.

Kevin Costner, playing a modern-day baseball fan in the movie, suggests that it must have been tragic for “Moonlight” to come so close to baseball fame without achieving it. Moonlight’s character, played by Burt Lancaster, responds: “No. If I had only been a doctor for five minutes, that would have been a tragedy.”

Isn’t that a beautiful thought? Moonlight found a calling in which he could serve his fellow men and women, and that was more important than sports fame to him. Here’s what I didn’t know about Moonlight Graham, though: He was real. The character in the film closely tracks the actual life of Archibald Graham — a brief sports career followed by a long and successful career practicing medicine. The story is worth reading; here’s a link.

For my part, I can’t identify with having just missed a glamorous career in entertainment or sports. But I can identify with Moonlight Graham. “If I had only been a professor for five minutes, that would have been a tragedy.” I feel fortunate to have found my calling, a job I truly love, and in that I see the influence of the Divine.

People think of economists as people who can’t agree on policies. To some extent they’re right, but here’s a list of policies that get widespread agreement among economists of very different political persuasions (with my comments in italics):

Now do you see why economists can’t get elected? Anyone who ran on this platform would anger the left, the right and the center. One more observation: Note how much of the list results from our current broken tax system. To find out more, look at the list or hear the NPR program that originated the list.

Hugo is a story about an orphan living secretly in the hidden places of a Paris train station in the 1930s following his father’s death. I won’t try to top all the fine reviews of this film, but will just throw a few extra points into the mix:

The current Southern Economic Journal includes a tribute to my former History of Economic Thought professor, William Breit. In one of the articles Breit himself talks about the time he heard Milton Friedman speak on economic freedom.

Friedman’s formidable intellect left him the clear winner of a Q-and-A session, despite many hostile questions from the audience. But one of the potential questioners who remained silent was named Don Market. The day after the speech, someone asked him (now quoting from the article): ‘‘Mr. Market, you told us there were no intelligent conservatives. We waited for you to ask Professor Friedman a question that would prove your point. But you sat perfectly still. Why did you not challenge any of his arguments?’’ I listened intently for Market’s reply and have never forgotten it:

‘‘Listen, I’m a country boy raised on a farm. Long ago I learned that you don’t poke a skunk.”

My generation, the Baby Boomers, has a sentimental connection with Star Wars. The first film premiered in 1977, when we were young adults. It was followed by The Empire Strikes Back (1980) and Return of the Jedi (1983). The three-film prequel series premiered in 1999, by which time many of us had families and mid-career working lives.

Follow this link if you’d like to see a nice set of Star Wars reviews. Rather than attempt a recap of all those, I’ll just post a few thoughts from my perspective as a Boomer:

My bottom line is that the six-film series is well worth watching, even if the first three films are flawed. I will leave the deeper questions about the franchise, including the theology of The Force and the elitist nature of the Star Wars universe, to others. To me it’s just a fantasy tale from “a long time ago in a galaxy far, far away.” But to young viewers today, I recommend seeing all six films, if for no other reason that to appreciate this part of the culture. We Boomers will always have a soft spot for Star Wars.

Even after 32 years, this never gets old — posting fall grades and wishing safe travels to my students headed out on break. Having experienced college-student-home-for Christmas from the student side and (25+ years later) from the parent side, I can say it’s a most special time of year. Remember, students, your worth as a human being is not defined by your grade in any class. You are of infinite worth to your family and your Creator, whose love is not conditional on achievement. Best wishes to all in this season of light and hope. 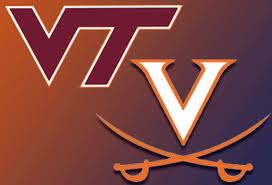 Virginia-Virginia Tech game week! Sure, I’m as loyal a Cavalier as ever there was, but I have lots of good friends who are Hokies, and appreciate each one. And I enjoy the good-natured teasing that goes back and forth — like the stereotype that the Hokies are a bunch of hayseeds and the Cavaliers are clueless and helpless. (Let’s see, I need to hire someone to check my tire pressures.) But anyway, go Cavaliers, and may the better team win!

Here are some thoughts on the subject at my Excessmas site: http://excessmas.com/2011/12/22/usa-today-on-just-say-no-to-christmas-clueless/