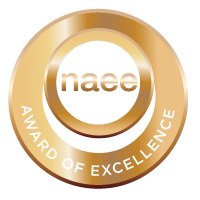 A textbook co-authored by JMU’s William C. Wood and Mark C. Schug of the University of Wisconsin-Milwaukee received the Gold Curriculum Award for 2016 from the National Association of Economic Educators.
Economic Episodes in American History was described by one of the judges as “one of the best combinations of Economics and American History I’ve seen.”
“It was great to have our work recognized in this way,” Wood said. At the same NAEE meeting, Wood had also received the Henry H. Villard Award for excellence in economic education research.
Wood explained that Economic Episodes in American History was written to enrich the standard U.S. history course by adding economic reasoning and content to key episodes such as the Great Depression and World War II. 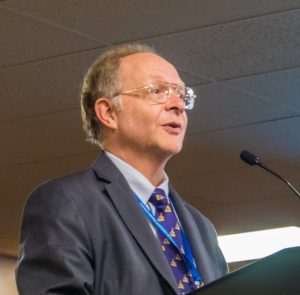 Here I am giving my acceptance remarks after receiving the Villard award. And below, demonstrating that there really were palm trees right outside the hotel in Phoenix: 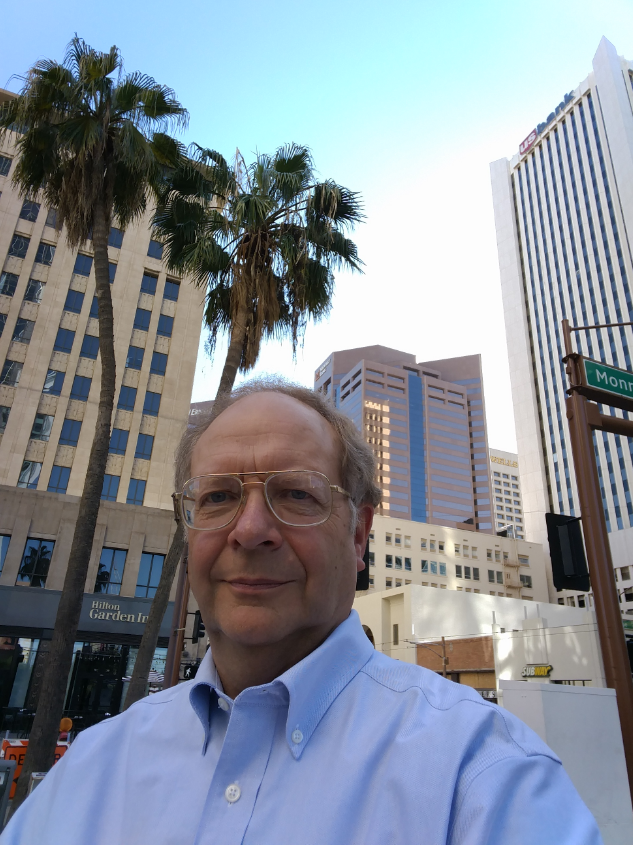