Bridgewater is a small town in the Shenandoah Valley of Virginia. Our town is home to Bridgewater College, varied industries and stores, and comfortable residential neighborhoods. Here are some of the things that make Bridgewater special, in no particular order: 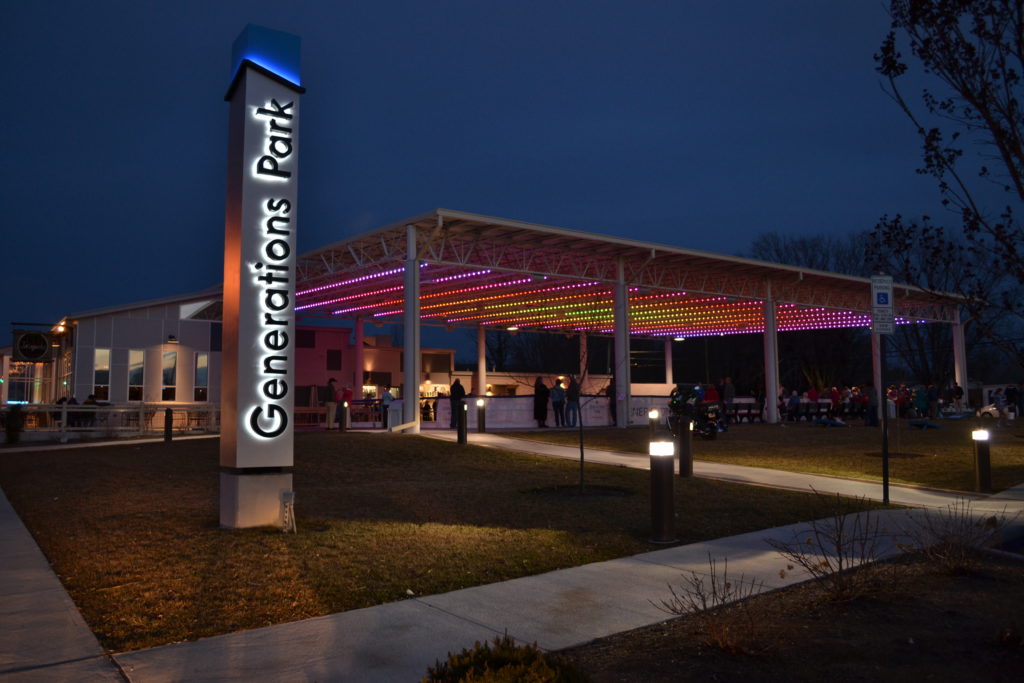 This park, at the hub of Bridgewater’s growing downtown area, features a southwest grill, summer attractions and an ice skating rink in season. 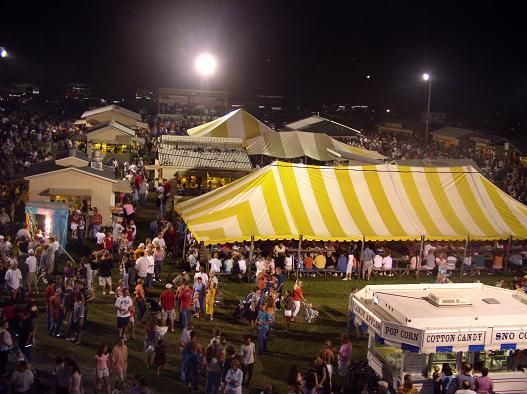 The Lawn Party may look like an ordinary summer fair, but it’s part carnival, part food fest and a whole lot of steam and gas engines. 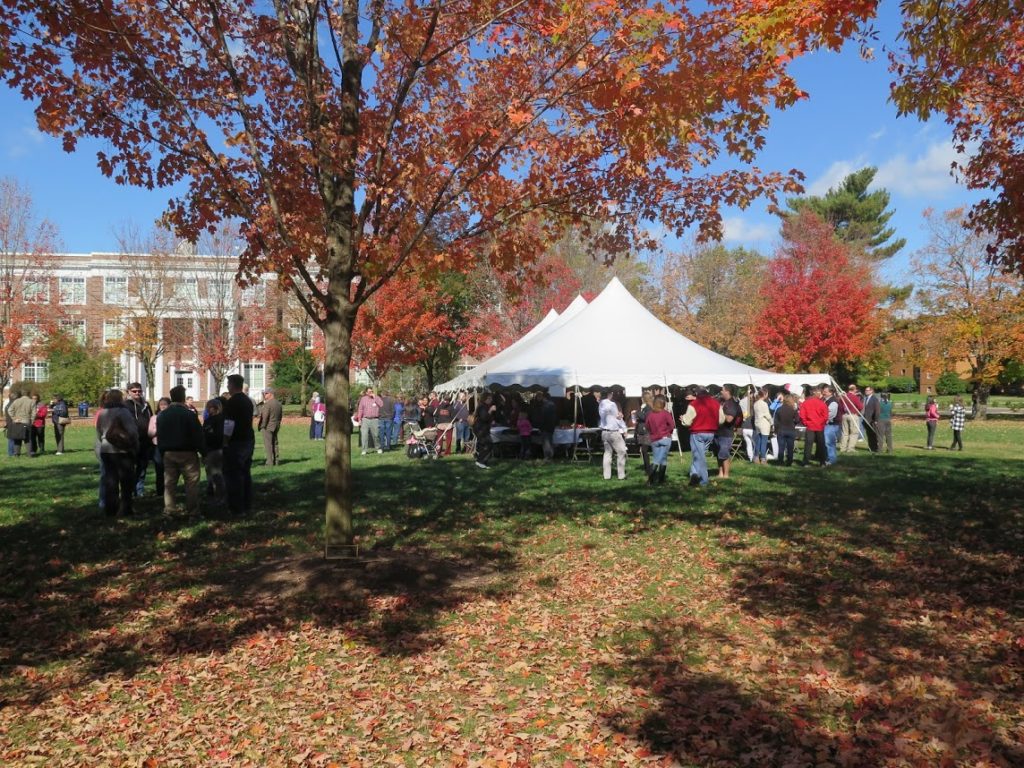 This is a liberal arts college with friendliness and character offering many cultural events and other opportunities otherwise unavailable in a town this size.

This is a riverside park with a suspension bridge, a picnic shelter, and spectacular views of the North River. 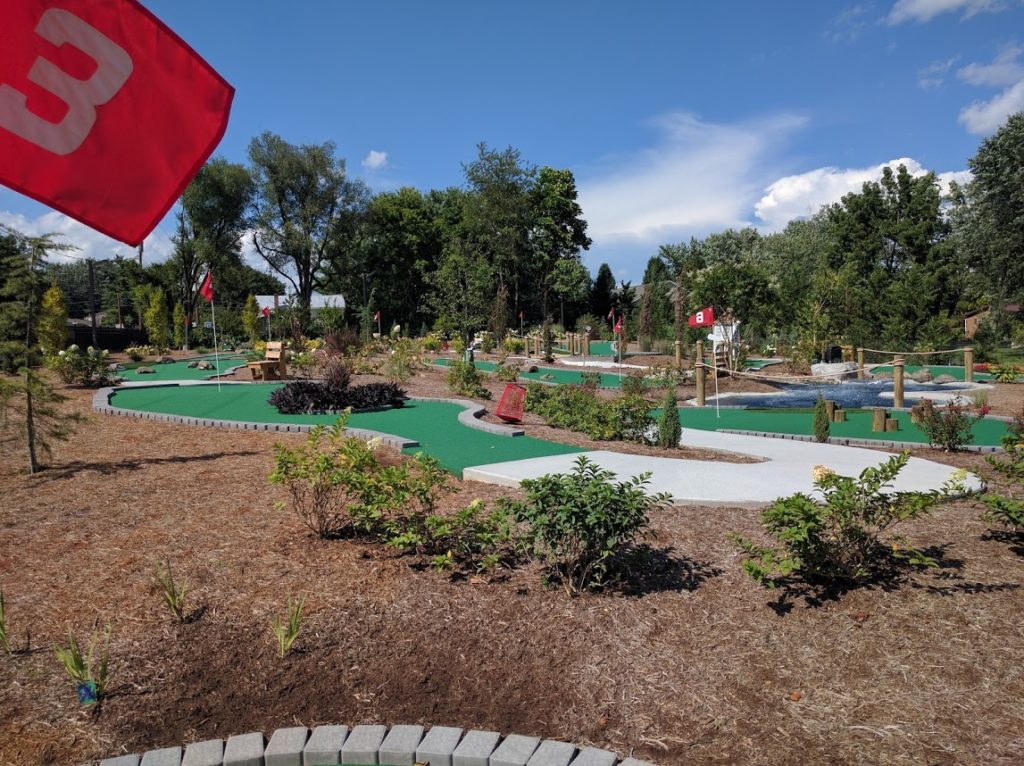 Sandy Bottom Park offers par 3 and mini-golf in season. The par 3 is located next to the North River with beautiful views and mature trees. 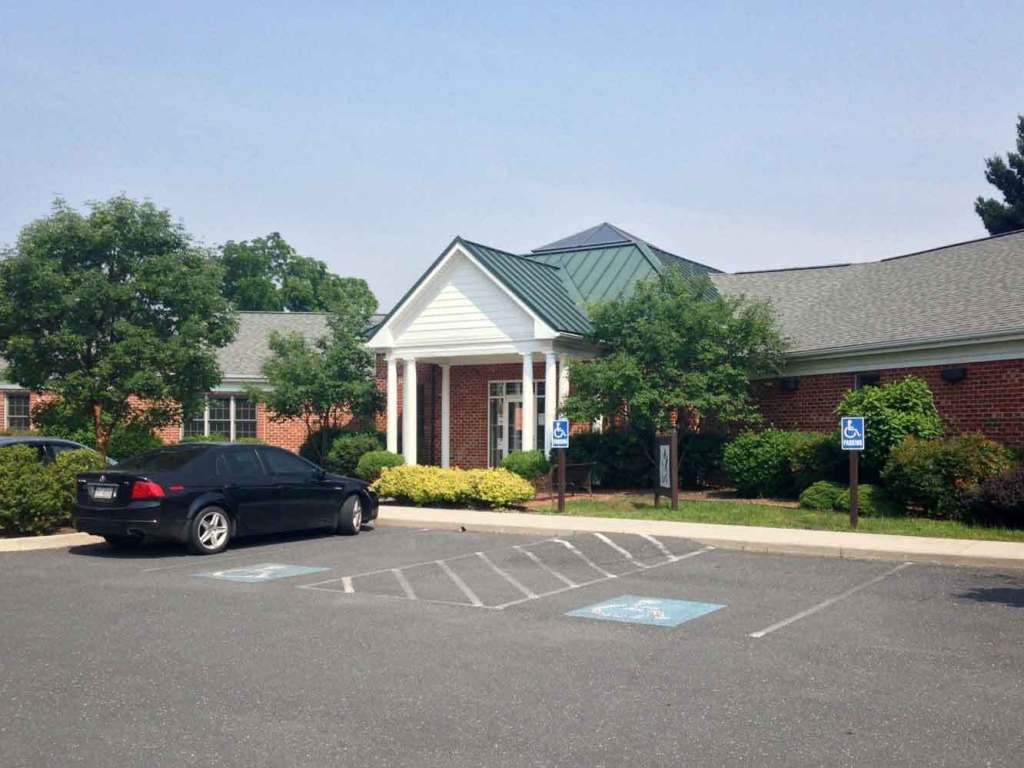 Located next to Oakdale Park, the library features a well-maintained collection and special programming.

A youth baseball-softball program with adult leadership that really knows the game. Home fields are at Oakdale Park.

What is the Lawn Party?

Bridgewater’s Lawn Party is a summer celebration that includes carnival-type rides, lots of good food, an antique car show, the Firemen’s Parade, and other events. It is held in the heart of Bridgewater, on the Lawn Party Grounds (also known as Harrison Park). People come from all over for the Bridgewater Lawn Party experience. It goes on for the better part of a week, and the proceeds go to support the Bridgewater Fire Department.

Why is it called Bridgewater?

The short answer to this question is that the town is named after the bridge over the North River. However, it’s a little more complicated than that. Even before the time of the early settlers, there was a natural crossing point near where today’s Route 42 crosses the river and becomes Main Street of Bridgewater going north. The oldest recorded name of this crossing is Magill’s Ford, after the Magill family, Scotch-Irish immigrants who owned the nearby land. Around 1820 Jacob Dinkle built the town’s first bridge, and the name of the community was changed to “Bridgeport,” reflecting the presence of a river port for shipping. When the town was first granted a charter in 1835, it was under the current name of “Bridgewater.”

What is that steeple that looks so pretty at night?

That’s the steeple of Bridgewater College’s Carter Center for Worship and Music at the corner of College and Third streets. This building was built as the home of the Bridgewater Church of the Brethren and served in that capacity until 1998, when the Church moved into its current building on the hill served by College View Drive. For many years, visitors assumed that the building was owned by the College because visually it appeared to be part of the campus. With the transfer of the building to Bridgewater College in 1998, that became correct.

What kinds of fish are in the North River?

The North River is a typical Eastern U.S. river, with diverse fish species including largemouth and smallmouth bass, sunfish, catfish and a variety of bottom-feeding fish such as carp and suckers. Trout find their way into the North River from tributaries such as Mossy Creek, an excellent trout stream. Unfortunately, from the viewpoint of local game fishermen, the water quality of the North River is not high enough to permit the bass to dominate the other species — and so, to some extent, the carp have “taken over.” The most common large fish in the river are carp.

What is the best way to “make the most of Harrisonburg”

Actually, that’s a joke, sort of. Bridgewater is to a large degree a residential community, in that a lot of people live in Bridgewater but work in other localities including Harrisonburg. However, the town is far more than a bedroom community for Harrisonburg, with community resources and a flavor all its own.

How many students are there at Bridgewater College?

About 1,800. The college is at or near its highest enrollments in history, but is committed to retaining the small-college atmosphere.

From Wikipedia, the free encyclopedia:

William Magill first settled along the North River in 1746, and the area became known as Magill’s Ford.[5] The first bridge across the North River was built in 1820, and for a time the young community was known as Bridgeport.[5] The Town received its charter from the Virginia General Assembly on February 7, 1835, then incorporated as Bridgewater.[6] Every February 7, the Town holds an annual Charter Day celebration with fireworks.

Bridgewater College is located within the Town, and was first established in 1880.[7] The college has grown along with the Town, now enrolling more than 1,800 students.[8]

Since the creation of the Town in 1835, Bridgewater has endured six major floods, including a devastating flood in 1949 that claimed two lives.[9][10] As a result, the US Army Corps of Engineers constructed a long earthen levee to protect large portions of the Town against future flooding.[11]

Since the mid-1990s, the Town has held a “Summer’s End Celebration” on Labor Day each year.[12] The event has grown to include a 5k race, carnival rides, and live music and is attended by thousands of people.[13]

It’s a fact of life that in a small television market like ours, turnover is generally rapid. We might get used to a particular news anchor or weather person, who then moves on to another job. If you don’t happen to be watching on that person’s last day on the job, you might never hear anything more. So, for all the TV 3 fans in the area, here’s a listing of TV3 alumni (no claim is made about completeness or accuracy):